I rarely reblog, but when I do it is too important for me to pass up. Derek Rishmawy does a fine job responding to Martini’s exposition of the Tullian fracas. 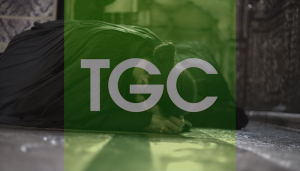 This is the photo Martini had. I give him credit. Also, I wanted to make sure people could link the two articles. Also, how many people actually read image captions? Show of hands?

Some of you know there’s been a bit of a brouhaha over the issue of sanctification in online Reformed circles in the last couple of months. It’s what led to the departure of Tullian Tchividjian (henceforth TT, because who can spell that?) from TGC and other unfortunate online ugliness. Basically, the dispute was surrounding a number of issues like, what role the law continues to have in the life of the believer?, or how necessary is obedience after conversion?, should we focus on obeying  or getting used to our justification, and stuff on that order. Kevin DeYoung’s summary article “What We All Agree on, and What We (Probably) Don’t, In This Sanctification Debate” is probably…

Yesterday I finished Martin Heidegger’s Hegel’s Concept of Experience. Leaving aside both the author and the topic, this was a helpful book.  It is Heidegger’s running commentary on key passages in the Phenomenology of Spirit.   It illuminates Hegel and provides a entry point to Heidegger’s larger work.

In this post I will briefly give an overview of the book and then show how Hegel (and Heidegger) are fully within the Greek, Hellenic position and those who hate Hegel yet prize the Greeks–especially Christians today–are inconsistent.

Heidegger reads Hegel as arguing that being is being-present.  It is the manifestation of a thing. Being is always being Par-Ousia–manifestation.  From there we see an interplay between Being as the real and the Absolute as the real.   If the Absolute is the real, and our knowledge is not yet at the absolute, it is then relative to the absolute.

Knowledge is relative to a thing.

Like a good Greek Hegel/Heidegger privileges sight over hearing as sees knowledge as manifestation (Heidegger 57).  The ultimate goal, though Heidegger never clearly states it as such, is unmediated knowledge–the Absolute which has fully come into being [arrival?] as Absolute.

The book contains some useful observations on reflection and the subject-object distinction.   What I found helpful is how the book easily lends itself as a foil to Revelational thought.  Revelational thought (what I have elsewhere called Hebraic Christianity) is verbal.  Reality is verbal.  God speaks and a thing is.  For onto-theo-logy, reality is manifestation and appearance.  It seeks to transcend mediation.

Perhaps this sheds knew-if unintended meaning–on the phrase “absolute truth.”  All of a sudden the term “absolute truth” sounds worryingly Hegelian.  It seems like–and after Hegel and Heidegger you really can’t argue otherwise–it is truth detached from the historical narrative, the particulars, the narratival idiomata.

I am not a relativist.

**For a useful introduction to Heidegger and modern Continental Philosophy, see Gayatri Spivak’s preface to Derrida’s of Grammatology.

This book’s shortcomings aren’t really its fault.   The presocratics weren’t systematic thinkers, and even if they were none of their writings survive intact.  The editor Jonathan Barnes does a fine job of putting them together, but even he admits that many of the arrangements are arbitrary.

Emerging consensus on the infinite.  The “infinite” implies “boundary markers” (216).

If God is infinite, and infinity transcends boundaries, can he even be named and spoken?  Did Greek Philosophy lead us to this point?

Another consensus (rightly) is that the gods were silly, but the place the gods held was not abandoned.  The concept of “number” took its place; “different angles were assigned to different gods” (Philolaus, quoted by Proclus, 219). This became the realm of “forms” with Plato.  With Anchoretic Christianity the place of the forms were transformed to the realm of saints and angels (per Tillich).

St Paul said we are no longer under the elemental spirits of the age (Galatians 3-4).

For better or worse “ousia/physis/essence” usually connoted materiality.  It was the stuff of the universe and the universe was usually considered eternal.   The editor doesn’t draw this out but this explains some of the problems in the early church on Christology.  They weren’t simply sinful heretics by refusing to say that the Son was the same ousia of the Father.   They understand ousia to be material, which the Father was not.

Is the axiom “like is produced by like” (Democritus) correlative to the chain of being:  as above, so below?

What’s the difference between this and neopaganism?

Democritus says it’s stupid to want children (280) and sex is irrational.  Compare that with the Old Testament.  Maybe there is a difference between Hebrew and Greek thought.

Dialectics is the “D” word of theology.  It summons the spectre of Barth.   Reformed theology, though, while not historically Barthian (whatever that means) has always affirmed analogical reasoning (see Bavinck).

Analogical reasoning says a thing is and is not like another thing.   This is a form of dialectics.

I finished The Basic Works of Nietzsche (ed. Kaufmann) the other day.  It was a running project for about seven years.  Love him or hate him, it is one of those classics of the Western canon that must be dealt with, or at least acknowledged. Nietzsche was one of the few philosophers who could actually write.

I had fun reading this.

A full review is impossible at this stage.  I read the book a couple hundred pages a time for over seven years. I simply don’t have the whole narrative in my mind, though I get the general argument.   So, this post is simply “notes” on Nietzsche.  I plan to reread certain sections and get Kaufmann’s Portable Nietzsche next month.

The first book was the Birth of Tragedy.  While Nietzsche himself later eschewed parts of this book, and few scholars follow it strictly today, it is by far the most interesting.  Contrary to popular opinion, Nietzsche points out that Greek culture is not simply “Apollonian” (serene).  It is also Dionysian (wild, debauched, chaotic).   No big deal.  A number of Patristic writers made the same point.  Nietzsche adds a most genius conclusion:  the two poles demand one another.

If we can say it another way:  there is no healthy mean between Heraclitean flux and Platonic unity.

The Gay Science and 75 Aphorisms are a collection of sayings of varying interest.

I am not ready to give a full report of his ethics:  Genealogy of Morals and Beyond Good and Evil.  I sort of get what he is saying.   He often made brilliant psychological insights.

He credits Dostoevsky with teaching him everything he knew about psychology.

It is fun to read Goethe alongside Nietzsche. Is the mature Goethe Nietzsche’s Dionysus?

These are introductory notes written in a Nietzschean format.

Both in reading Paul Ricoeur’s Figuring the Sacred and in some discussions with fellow Reformed lay theologians, I am troubled by a possible future of Reformed trinitarianism:  we might become modalists.

That is not the point of this post, though.   One of the areas where I actually value Eastern Orthodox triadology is the insistent on maintaining the personal characteristics (idiomata) of the persons in the Trinity.  If we hold to too strong a doctrine of simplicity (idem simplicity) we run the risk of collapsing the personal distinctions in the Godhead to the bare essence.  I reject de Regnon’s thesis, but men fall prey to it regardless.

If we begin with an ontological essence of God and not the God revealed in the narrated life of Jesus of Nazareth, then we will posit a God who is not defined by Scripture at all.

Here is the key question:  should we place Mary in the context of her Hebrew background (see Judges 11:37-40) or in the thought patters of St Jerome?  The strongest argument that Mary had sexual relations with Joseph after Jesus’s birth is the text itself.   I know of the backbending anchorites engage in to make the text say the opposite of what it says.  It simply doesn’t work.

In the bible perpetual virginity is a tragedy (47).

The strongest argument for perpetual virginity is that Joseph would have been overawed by Mary’s high calling in giving birth to God himself that he wouldn’t have “polluted” her womb with dirty sex afterwards (Peter Gillquist, Becoming Orthodox: A Journey to the Ancient Christian Faith, Brentwood, TN: Wolgemuth & Hyatt, 1989, 118).    Here are the problems with such a view:

Roman Catholicism is guiltier of this than Orthodoxy, though both share the same unbiblical presuppositions.  If we may reason analogically, the High Priest is sort of an analogue to the Bishop today.  Yet the High Priest could marry.  Why may not the Bishop?

Secondly, God has said that celibacy is “not good.”   The entire scale of being ontology falls with those two words.